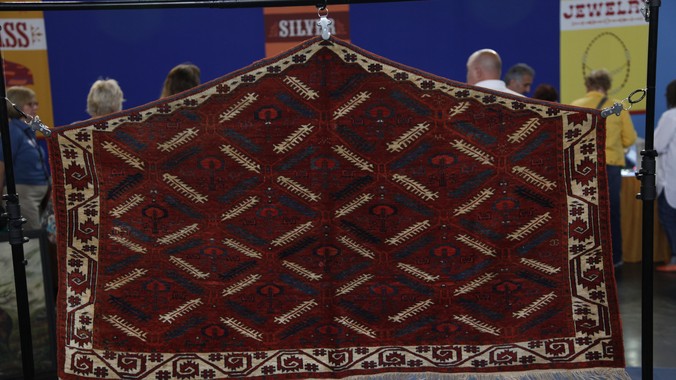 I have been dumpster diving since I was a child. I have retrieved many hundreds of dollars worth of stuff.

I had a German boss years ago. One day we were walking along and a penny appeared in front of us. He stated there was one thing about Americans that puzzled him. Why many of us would not pick up a penny. It is free money.

“GUEST:
My husband called me. He had been out, and he said, “Down the street there’s a house that they’re cleaning out, and there’s a couch on the curb and a Dumpster.” We were looking for a sofa for my daughter, who was moving into a condominium. And so I grabbed my mom and I said, “Let’s go look.” So we get to the street, and the sofa is, like, brand new, and I felt really guilty about taking it, so I walked up to the door, and I knocked on the door and I said, “Is it free?” And he said, “Yes, take it.” And he goes, “What else does she need? I got a whole Dumpster full of stuff.” My mom and I started going through the Dumpster, and he was helping us pull out bags of these rugs, got them home, thought they were pretty ugly and that they weren’t going to look good in the condo at all, actually, and so then the more we started looking at them, we thought, “Well, maybe they’re, like, something. Maybe they’re, like, a collection.”

APPRAISER:
And you brought four in today, and we selected this one to look at. You’ve done a little bit of research on your own?”

“On the season premiere of “Antiques Roadshow,” a man brought in a violin he’d found in the trash. Wanting to get his wife’s violin fixed, he considered himself pretty fortunate that he found a violin in the garbage. It’s got to be a pretty rare find. But when he brought it to the appraisers, he found out it was an even more rare find than he’d thought.

The violin was made by Giuseppe Pedrazzini, one of the most famous Italian violin makers ever. The appraiser said, “After it’s cleaned up and put in good condition, would have a value of around $50,000.””

“GUEST:
I don’t know anything about the document. I found it in a suitcase at the dump. These are the old school dumps, back when they used to just have a big hole…”

“APPRAISER:
So that’s been in a dump and hidden away in your place. About half of those 24 are in museums. They come up very, very rarely, but one sold within the last year. A conservative auction estimate on this would be $25,000…