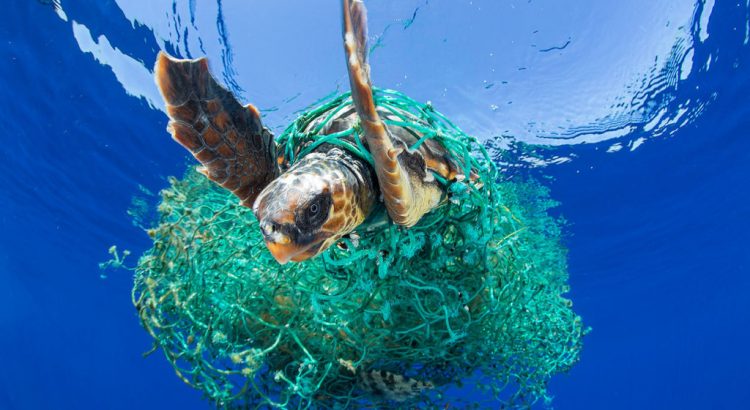 “Great Pacific Garbage Patch weighs more than 43,000 cars and is much larger than we thought

What weighs more than 43,000 cars and is twice the size of Texas? The Great Pacific Garbage Patch.

A new analysis, published Thursday in Scientific Reports, reveals the makeup of this massive collection of floating trash in the North Pacific in a way that’s never been done before.

The patch weighs 87,000 tons — 16 times more than previous estimates — and contains more than 1.8 trillion pieces of plastic, the study shows. But its findings on the individual pieces of plastic inside the patch might hold the key to cleaning up this human-made mess.

What the scientists did: Plastics tend to break down, due to heat and sunlight exposure, into small particles known as microplastics. In the past, scientists estimated the size of the Great Pacific Garbage Patch by hopping on a boat and trawling the trash with fine nets — nets originally designed for catching plankton.

Running these nets through the patch, which extends from California to Hawaii, was not only laborious, it failed to catch big things like bottles and buoys. Scientists tried counting these larger items by eye, but they could only do so for small sections of the patch. By extrapolating, they could develop a sense of the Great Pacific Garbage Patch size, but their final estimates — especially for large pieces of trash — varied dramatically.

Three year ago, The Ocean Cleanup foundation opted for a more direct approach. The Netherlands-based organization hired 18 ships to trawl at different spots across the whole patch. But they used 652 nets capable of catching microplastics or larger trash.”

“What they found: The Great Pacific Garbage Patch stretches across 617,000 square miles of the northern Pacific Ocean, based on their survey, and plastics make up 99.9 percent of the trash in the patch.”