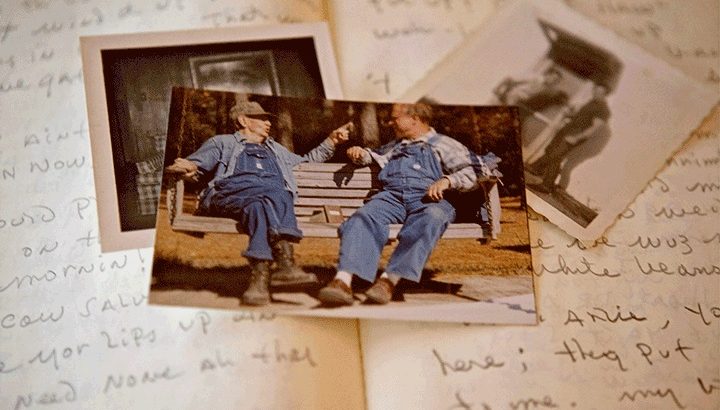 “John Coykendall is a renowned heirloom seed saver, a classically trained artist, and Master Gardener at Blackberry Farm, one of America’s top resorts. Since 1973, he has made an annual pilgrimage to Louisiana, where he has recorded the oral histories, growing techniques, recipes and folktales of Louisiana farmers and backyard gardeners in more than 80 beautifully illustrated journals. He has saved and safeguarded rare varieties of the crops they once grew, and handed them back to the communities where they came from. “Seeds carry with them more than the potential to sustain people as food, they are living history of the people who cared and tended to them and cultivated them and passed them down. I feel 100-percent total obligation, I am the caretaker,” believes Coykendall. “This is what we’re working to save, this history, the heritage, the way of life, the way of farming, way of cuisine, everything to do needs to be preserved while its still here to be preserved.”

A Tennessee native, the 73-year-old Coykendall is a true Renaissance man and a celebrity in a growing movement that places a premium on farm-to-table cuisine and locally sourced, organic and heirloom food. He is a trained artist who studied at the Ringling College of Art and Design and the School of the Museum of Fine Arts in Boston, and he is well-known for his sketches of the pastoral landscape in which he works.

For nearly 20 years, he has been the Master Gardner at one of America’s most celebrated destination resorts, Blackberry Farm, in the Smokey Mountains of Tennessee. In his role at Blackberry Farm, he has also become one of the nation’s most important seed savers – locating, preserving and sharing nearly extinct vegetable varieties, once abundant in America and particularly in the South. While his efforts take him around the world searching for seeds and beans and the cultural knowledge of how to grow them, what inspires him most is his annual pilgrimage to a small Louisiana community he stumbled upon 40 years ago. Drawn to the Washington Parish area as a in the early 1970s, John forged relationships with local farmers in the community, where over the years he has served as a dedicated and beloved volunteer at the Washington Parish Free Fair and has painstakingly recorded notes, documented stories and created beautiful sketches in volumes of journals detailing an agricultural way of life that is at risk of loss across our nation.”

“”Deeply Rooted” was produced by Christina Melton for Louisiana Public Broadcasting, and features an original music score by Mike Esneault. Major funding was provided by Camellia Brand Beans of New Orleans, by the Louisiana Department of Agriculture and Forestry and by St. Louis Planting Company, Inc.”