Counter Culture Coffee coffee grounds recycling, How to recycle all your used coffee grounds, Composting and available for customers 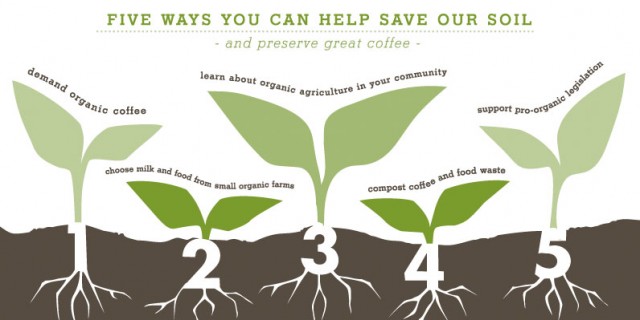 Counter Culture Coffee coffee grounds recycling, How to recycle all your used coffee grounds, Composting and available for customers

From the News and Observer.

“How to recycle all your used coffee grounds

Counter Culture Coffee roasts and brews a lot of coffee. The Durham-based fair trade coffee company, which celebrated its 20th anniversary in April, has training centers in nine cities and roasting facilities on both coasts and sells to individuals, retailers and restaurants. That’s a lot of coffee.

“We have coffee grounds kind of out the wazoo here,” said sustainability coordinator Meredith Taylor, who works at Counter Culture’s Durham headquarters.

Yet it wouldn’t fit the business philosophy to simply throw them away – after all, sustainability and responsibility are core Counter Culture principles. So the company spent the first 15 years or so passively composting grounds behind the main production facility. Now a commercial composter picks up the waste, both at headquarters and at each training center. The company may have expanded nationwide, but it’s worked the whole time to minimize its footprint: Even some of Counter Culture’s coffee bags are biodegradable.

“Our bag that is compostable right now is our 12-ounce bag,” Taylor said. These are the Counter Culture bags that grocery stores stock. For larger clients – say, coffee shops – the technology doesn’t exist yet to make bigger bags that are both compostable and strong enough to hold several pounds of beans. Yet Taylor knows how to reuse these bags, too.

“What we used to do at the café that I worked at is we would collect our used coffee grounds and we would put them back in the big bags and we would set them outside of our coffee shop,” Taylor said. This was in Washington, D.C., and people would come by and take the bags year-round, to compost or simply to put in their garden soil.

“As far as things that people can reuse, I think coffee grounds take not a lot of input to make them valuable to reuse,” Taylor said.

Taylor offered these suggestions for what people can do with their household coffee grounds rather than simply throw them out.

Compost: “The things that sort of burn off the coffee bean, for lack of a better word, are really high in phosphorous, potassium, magnesium and copper – some of the things that you would want to add to your soil to have healthy, good soil anyway,” Taylor said. “People that are doing commercial level composting, they love getting coffee grounds from us because they are such a high nutrient add to their compost.” If you compost at home, simply add your grounds to your compost pile. Though the grounds are brown in color, Taylor said to think of them as green compost.”

From the Daily Coffee News.

Durham, N.C.-based Counter Culture Coffee has launched a new awareness campaign designed to promote organic agriculture. The Save Our Soil campaign aims to reverse a trend in agriculture that threatens coffee quality and sustainability, while also raising awareness of the widespread degradation of soil health brought about by conventional chemical-based agriculture.

To launch the program, Counter Culture is hosting events — including cuppings of organically grown coffees — at its training centers in Asheville, N.C., Atlanta, Chicago, Durham, New York and Washington D.C. on Friday, April 20.

The company plans to hold a variety of Save Our Soil events — including organic food and coffee pairings, home composting workshops, and organic farming roundtable workshops — with the help of a range of participating farmers and organizations.”