Coffee grounds organic waste in landfill production of methane underestimated by EPA?, 262 million metric tons of waste added to US landfills in 2012, Methane 35 times as potent as co2 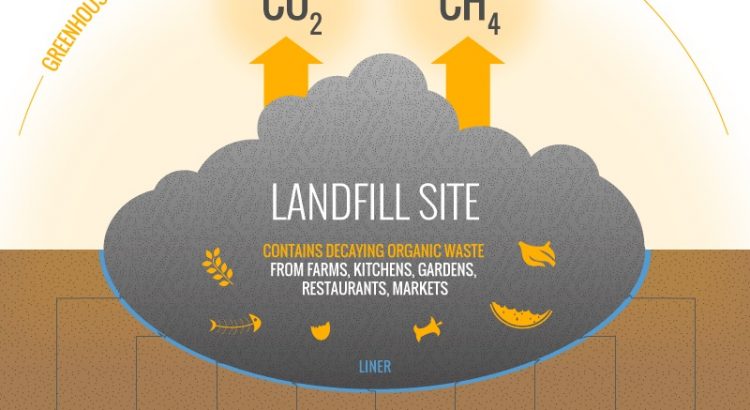 Coffee grounds organic waste in landfill production of methane underestimated by EPA?, 262 million metric tons of waste added to US landfills in 2012, Methane 35 times as potent as co2

Landfills may be emitting more methane than previously reported because the Environmental Protection Agency may be drastically underestimating how much garbage is being deposited in landfills across the U.S., according to a new Yale University study.

Banana peels, coffee grounds, plastic bottles and other detritus tossed in the garbage usually ends up in a landfill and emits methane as it decomposes. Methane is a greenhouse gas up to 35 times as potent as carbon dioxide as a driver of climate change over the span of a century, and landfills are the United States’ third largest source of methane emissions, according to the EPA. The Obama administration is focusing on cutting methane emissions as part of its Climate Action Plan.

The study, published Monday in the journal Nature Climate Change, examined more than 1,200 solid waste landfills, including those that are open and those that are closed and no longer accepting waste.

Using previously unavailable data from individual landfills, the study found that in 2012, about 262 million metric tonnes of waste were deposited in landfills across the country, more than double the 122 million tonnes estimated by the EPA. The agency may be underestimating the amount of waste landing in landfills because small waste disposal facilities are not required to report how much refuse they accept.

The study also found that open landfills emit 91 percent of all landfill methane emissions, while closed landfills are 17 percent more efficient than open landfills at capturing methane so it does not escape into the atmosphere.”

“The study implies that the solution to landfill methane emissions is better gas capturing technology, but there’s a simpler solution, Shindell said: Composting.

“We could simply not throw organics into the trash,” Shindell said. “So, behavioral change by composting our organics could prevent virtually all the methane emissions from landfills without requiring any of the technological fixes and complex regulations.”

Oxford University atmospheric physicist Raymond Pierrehumbert, who is among the scientists who believe cutting methane should be less of a priority than cutting carbon dioxide to tackle climate change, said the study is useful in evaluating methane capture systems at landfills. But it primarily underscores that landfill gas should be used more widely as an energy source and that people should throw less in the trash, especially organic matter.

“This study focuses on what comes out of landfills,” he said. “But what is more important is what goes into them. The less readily decomposable organic materials that go into landfills, the less methane will be produced.””