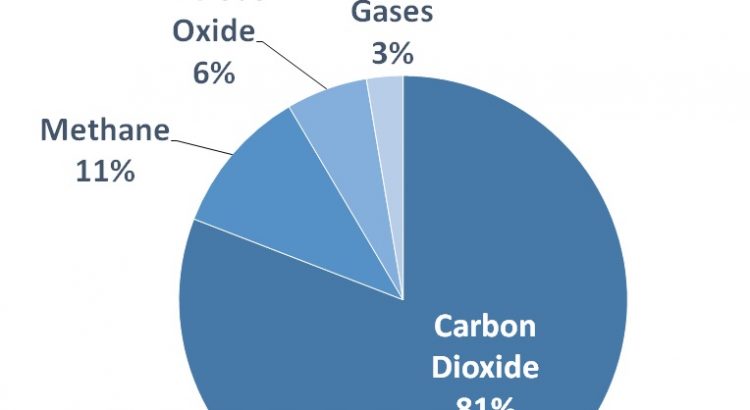 Methane was 11 percent of US greenhouse gas emissions in 2014.

From the City of Greensboro.

Nearly half of the trash discarded by Americans every year is made up of organic materials that could have been composted. In Guilford County, more than 34,000 tons of food waste is thrown in the trash. Instead of tossing out organic materials such as fruit and vegetable scraps, consider composting them along with yard debris, like leaves and grass clippings.

By composting organic waste, we can extend the life of our landfills, and reduce the amount of methane produced. Methane, a harmful greenhouse gas, is released into the atmosphere when food is broken down without the presence of oxygen.”

How much of these gases are in the atmosphere?

How long do they stay in the atmosphere?

How strongly do they impact global temperatures?

Some gases are more effective than others at making the planet warmer and “thickening the Earth’s blanket.”

For each greenhouse gas, a Global Warming Potential (GWP) has been calculated to reflect how long it remains in the atmosphere, on average, and how strongly it absorbs energy. Gases with a higher GWP absorb more energy, per pound, than gases with a lower GWP, and thus contribute more to warming Earth.”